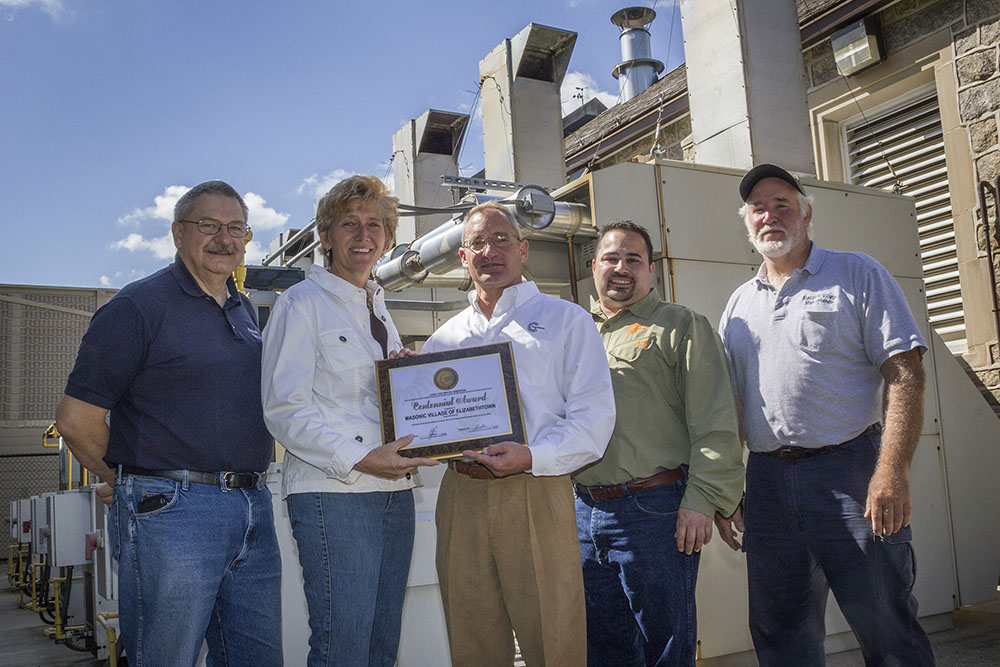 Masonic Village is a sprawling continuing-care retirement community, children’s home, and community-service organization that opened in 1910. Today, the 1,400-acre complex serves more than 2,000 residents cared for by over 1,300 staff. Officials at the community decided in 2001 that their inefficient coal-fired steam system needed an update and concluded that their next generation should incorporate microturbine and combined heat and power (CHP) technologies. Masonic Village in 2002 installed five C60 low-emission Capstone microturbines that produce a combined 300 kW of electricity and more than 1.3 MMbtu’s in the form of hot water. For five years, the natural-gas microturbines supplied existing base-load hot water needs, and simultaneously created electric power for the campus. Then in 2007, Masonic Village officials, delighted with the performance of the original natural-gas C60s, agreed to upgrade the CHP microturbines to C65 ICHP microturbines. The retrofit increased the onsite power plant’s thermal and electrical energy efficiency virtually overnight. The new system produces 325 kW, which is more than the original Capstone installation as well as a 47 percent increase in net heat recovered boosting the overall system efficiency to approximately 83 percent. A 6th microturbine was added when the site expanded boosting output to 390 kW and 2 MMBTU of hot water. The system has been running continuously since 2002 logging more than 800,000 run hours.