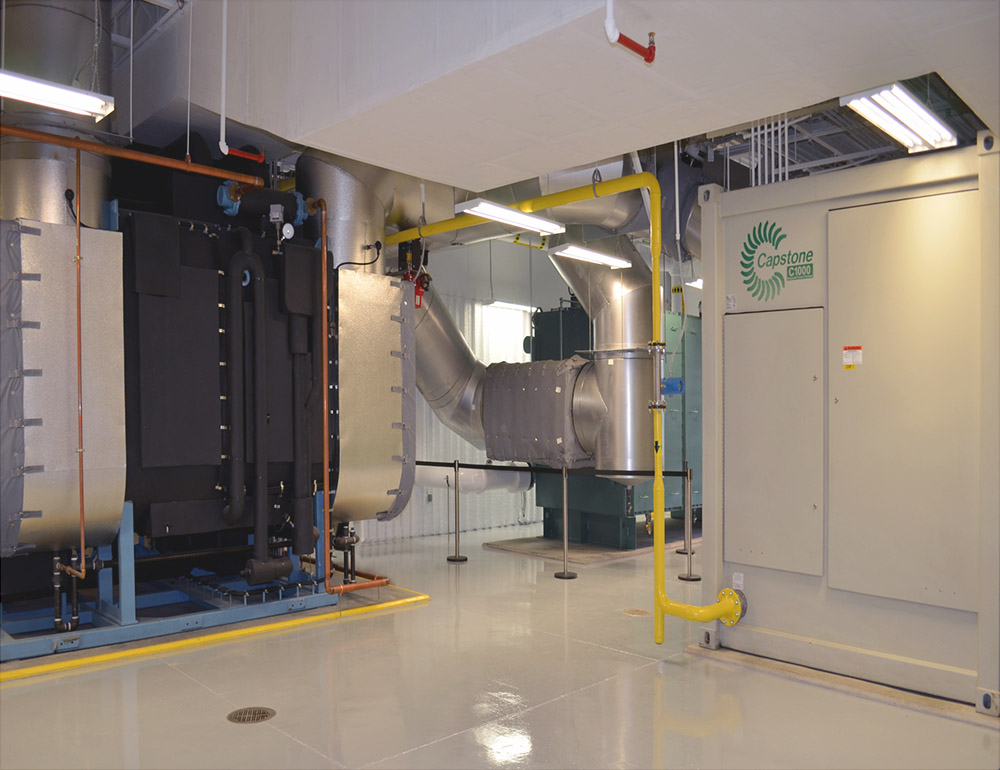 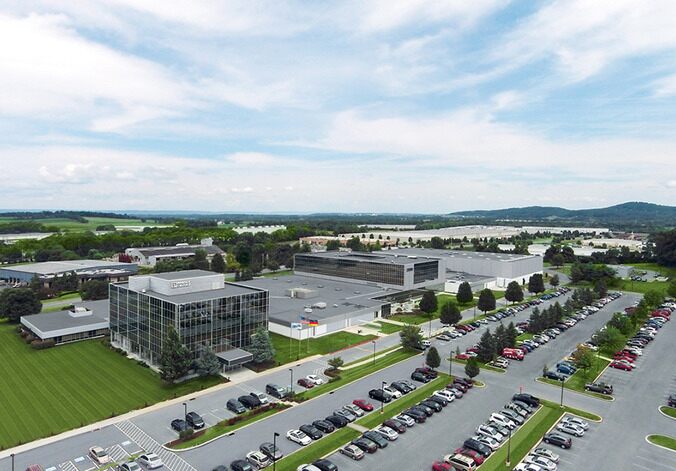 Phoenix Contact, an international manufacturing company based in Germany, manufactures industrial automation, interconnection, and interface solutions at its United States headquarters which is located in Harrisburg, Pennsylvania. While expanding their facilities to meet the demands of customers and nearly double their manufacturing footprint, the company sought to update their boilers with an environmentally friendly option. E-Finity helped design a tri-generation solution to generate enough electricity to power the company’s newly enlarged space. The tri-gen system composed of a Capstone C1000 Power Package, which contains five 200kW microturbines packaged into a single ISO container, a 300-ton exhaust-fired absorption chiller, and a 5,000 MBTU hot water heat exchanger were implemented in the newly renovated facilities. Running on low-pressure natural gas, the tri-generation system also provides heating and/or cooling to the entire facility while generating up to 1MW of electricity, enough electricity to power the entire facility approximately 65 percent of the time. With the installation of the system in January 2014, the company sees an annual savings of over $300,000 per year, with a return on investment of under five years.