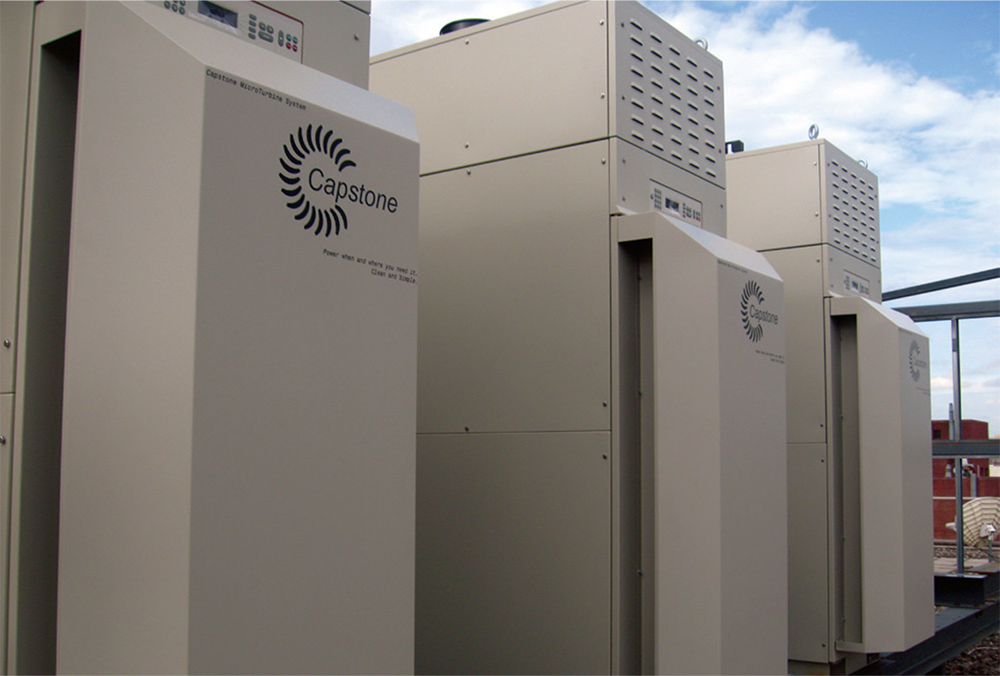 As a ﬁve-star luxury hotel in downtown Philadelphia, the Logan Philadelphia Hotel (formerly Four Seasons Hotel) uses a tremendous amount of energy each day. Aiming to gain control of energy costs and reduce the hotel’s greenhouse gas emissions, the management of this opulent, 391-room icon turned to E-Finity Distributed Generation for a natural gas-fueled system that could generate electrical and thermal power, onsite, for the hotel’s own use. The combined heat and power (CHP) system features three Capstone C65 ICHP natural-gas microturbines installed atop the eight-story hotel’s roof in 2009. The system generates 195 kW of electrical power, which covers 30 percent of the hotel’s overall electricity needs. The overall ROI for the system was 4.2 years thanks to considerable cost savings and efﬁciency. Because the hotel buys natural gas from a third-party, it can shop around for the best rate. Doing so amounts to a 30 percent cost reduction over power purchased from the utility.